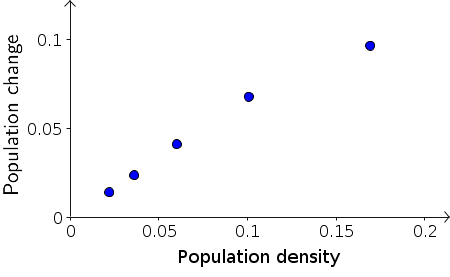 Changes in experimental measurements of bacteria population density are plotted versus the population density at the beginning of the interval. The data was taken from the following table with time rescaled so that each snapshot was one unit of time.

This image is found in the pages