Distance from point to plane

This applet demonstrates the setup of the problem and the method we will use to derive a formula for the distance from the plane to the point $P$. 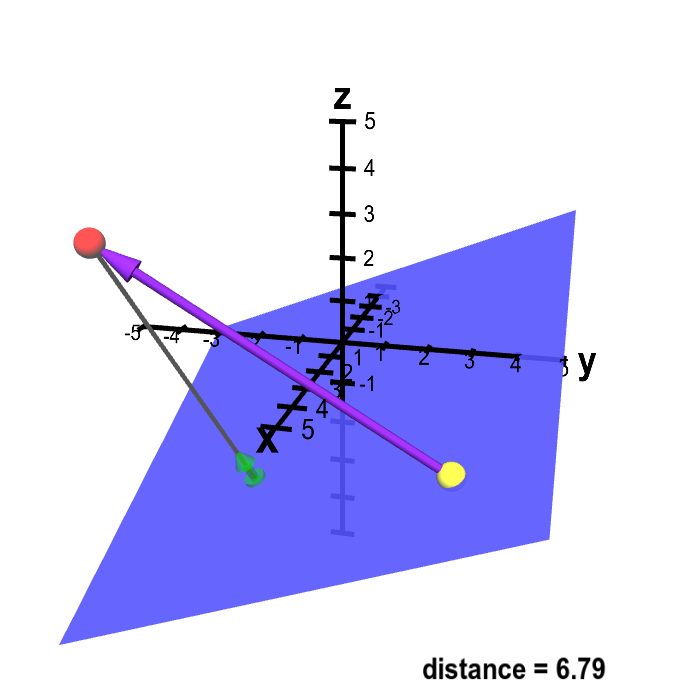 You can see an example of using this formula to calculate the distance from a point to a plane.