The circulation can be positive or negative, depending on the orientation of $\dlc$ compared to the flow of $\dlvf$. For example, let $\dlvf(x,y) = (y,-x)$ and $\dlc$ be the ellipse \begin{align*} \frac{x^2}{4}+\frac{y^2}{9} =1 \end{align*} oriented counterclockwise. As shown in the graph, the vector field appears to circulate in the clockwise direction, tending to point in the opposite direction of the orientation of the curve. We expect the circulation $\dlint$ to be negative. 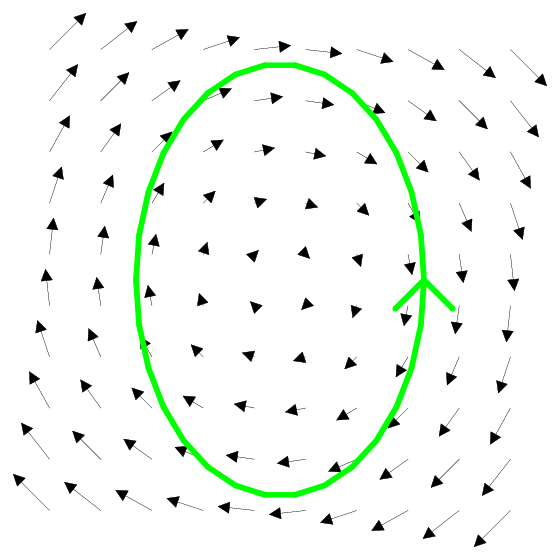 In other cases, the circulation may not be so obvious in a picture. For example, let $\dlvf(x,y) = (-y,0)$ and let $\dlc$ be the counterclockwise oriented unit circle, as pictured below. 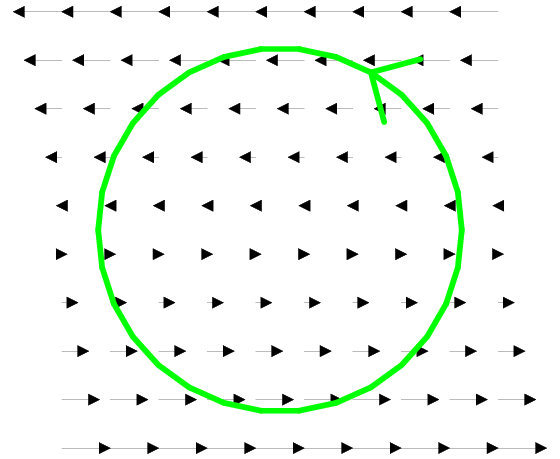