The definition of curl from line integrals

We can get a pretty good intuition behind the formula for the components of the curl by just visualizing spinning spheres immersed in fluid. However, to really master curl and the meaning of its components, you need to understand the basis of curl from the circulation that is captured by line integrals.

To make sure this definition is valid, one would need to show that this limit converges to a number and that this number doesn't depend on the choice of $\dlc$. But we won't address those details here. Let's just assume this definition works out.

We can use this definition to set up line integrals that should give the formulas for the curl components in the directions of the standard unit vectors. Let's focus on the $z$ component $\curl \dlvf \cdot \vc{k}$. We can visualize this component as the rotation of a ball on a rod parallel to the $z$-axis. 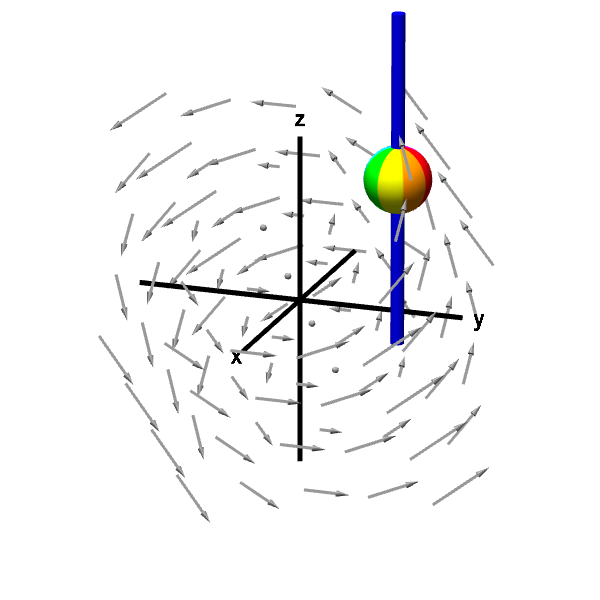 A rotating sphere on a rod gives z-component of curl. The rod constrains the rotation of the sphere to point (using the right hand rule) in either the positive or negative $z$ direction. The speed of this rotation corresponds to the $z$-component of the curl.

According to our above definition, we need to construct a curve centered at the sphere's location in a plane parallel to the $xy$-plane. The curve must be oriented with the right-hand rule to correspond to $\vc{k}$, or the positive $z$ direction, i.e., it should be oriented counterclockwise when viewed from the positive $z$-axis. The following applet illustrates such a curve. 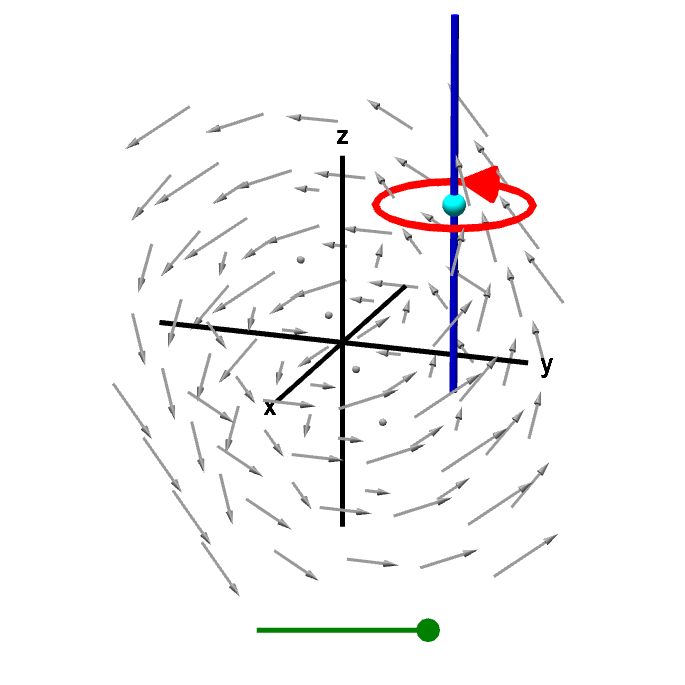 One can perform similar calculations to determine the formulas for the other components of the curl, as given in the page introducing the curl components.