Introduction to the multivariable chain rule

Imagine that the function $f(x)$ gives the height through a mountain range at position $x$. Since this is a one-dimensional example, we are thinking of some cross section through the mountain, as illustrated by this graph of $f(x)$.

Now imagine that you are crossing the mountain range so that your $x$-position at time $t$ is given by $x=g(t)$.

The general form of the chain rule

The chain rule in two dimensions 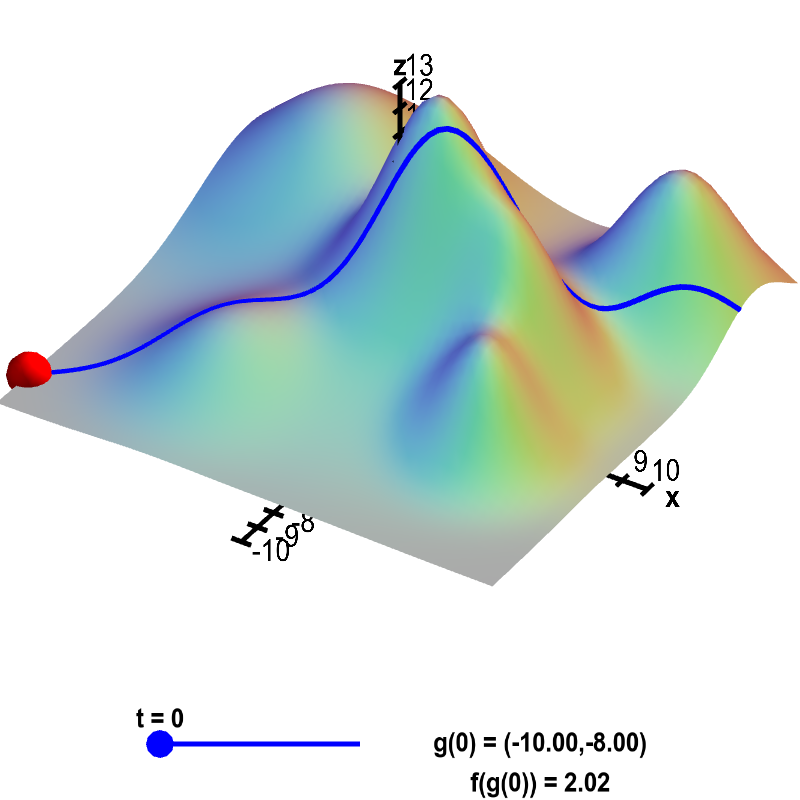 Of course, when you walk through the mountains, you start at one end of the path and, as time progresses, you walk along the path to the other end. You could describe your position during this walk by giving your $x$-position and your $y$-position as functions of time, say $x=g_1(t)$ and $y=g_2(t)$. We could write your position more succinctly if we let $\vc{x}=(x,y)$ and $\vc{g}(t) = (g_1(t),g_2(t))$. Then, your position at time $t$ would be $\vc{x} = \vc{g}(t)$. If you left a trail of (blue) bread crumbs as you walked along the path, the trail would look like the below graph (which, if plotted on top of the mountain, would look like the above blue curve on the mountain). 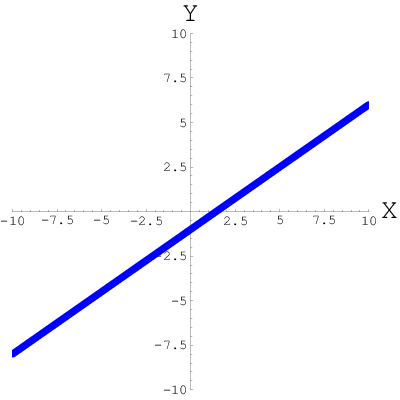 How fast is your height changing as you walk along the path given by the function $\vc{g}(t)$? It is, of course, the derivative of $h(t)$: $\displaystyle \diff{h}{t}$. Since $h$ is a composition of functions, we can use the chain rule to compute its derivative.

The nice thing about equation \eqref{chainrule2D} is that it applies when you take the derivative of any composition of functions. So if you remember equation \eqref{chainrule2D} (and how to multiply matrices), then you'll be all set. You can then even compute the derivative of $\vc{h} = \vc{f} \circ \vc{g}$ for the functions $\vc{f} : \R^n \to \R^p,$ $\vc{g} : \R^m \to \R^n,$ $\vc{h} : \R^m \to \R^p.$ It's just a matter of forming the matrices of partial derivatives and multiplying the matrices. Or, if you prefer, you can look a number of chain rule special cases for particular dimensions $m$, $n$, and $p$, where we multiply out the matrices to obtain chain rule formulas in in terms of their components.