The below graph of $f(x,y)$ shows how it flattens near the origin. The cross sections facilitate visualizing its horizontal tangent plane. 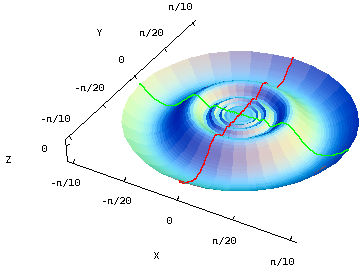 This function is a cautionary tale, reminding you to read your theorems carefully so as not to jump to conclusions. Although counterexamples such as these are strange functions, studying them can help you understand more precisely what your mathematics is telling you. This function should prevent you from misinterpreting the differentiability theorem, as you now know that continuous partial derivatives imply differentiability but not vice-versa.