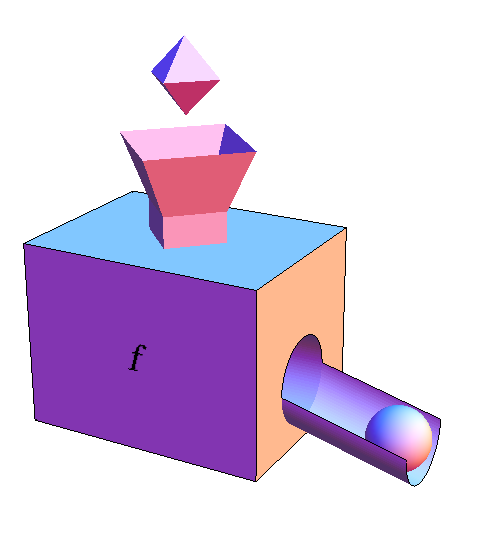 Now, imagine that for each unique octahedron, the function machine yielded a different sphere. Then, by examining the sphere that came out of the function machine's chute, it would be possible to determine which octahedron went into the funnel. (We'd be in trouble if multiple distinct octahedron yielded the same sphere, as there would be no way to distinguish which octahedron went into the funnel by examining the sphere.)

To show that we are running the machine backwards, let's flip it over so that the output chute is at the top. This backwards machine takes in spheres into the chute and spits out octahedron out of the funnel. Since this backwards machine undoes whatever processing $f$'s function machine did, we call it the inverse of $f$, or simply “$f$ inverse.” We give $f$ inverse a special symbol, too: $f^{-1}$. The superscript here does not denote exponentiation; it simply indicates we are running the function machine backwards to undo the processing $f$ did. 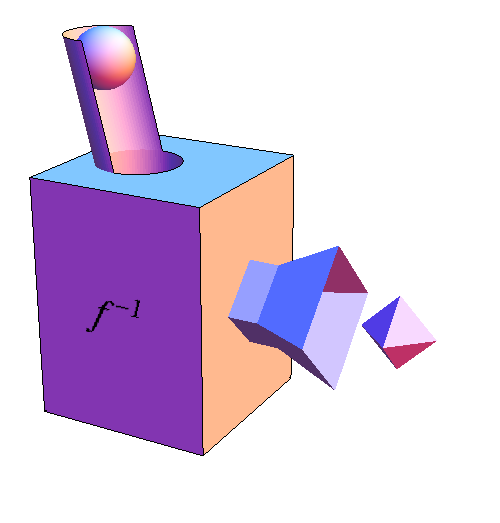 You can read some examples of calculating the inverse function.