One way to visualize functions is through their graphs. If $f(x,y)$ is a scalar-valued function of two variables, $f: \R^2 \to \R$ (confused?), then its graph is the surface formed by the set of all the points $(x,y,z)$ where $z=f(x,y)$, i.e., the set of points $(x,y,f(x,y))$. By graphing this surface, we can visualize the behavior of the function. 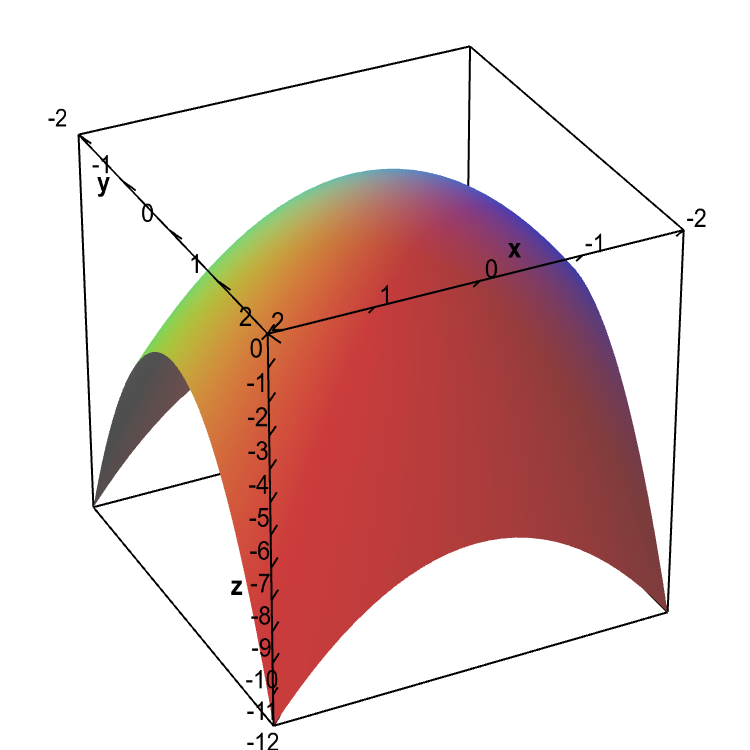 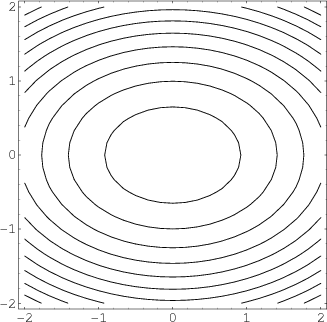 The below graph illustrates the relationship between the level curves and the graph of the function. The key point is that a level curve $f(x,y)=c$ can be thought of as a horizontal slice of the graph at height $z=c$. This slice is the intersection of the graph with the plane $z=c$. 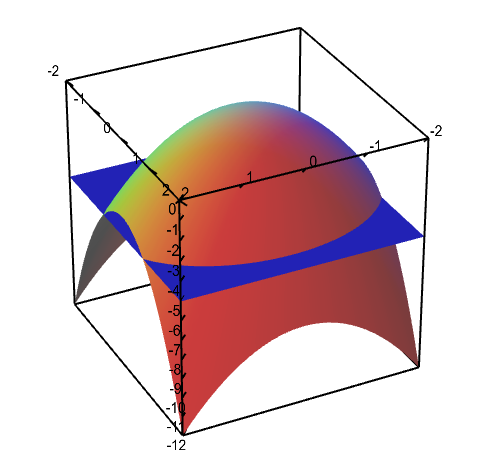 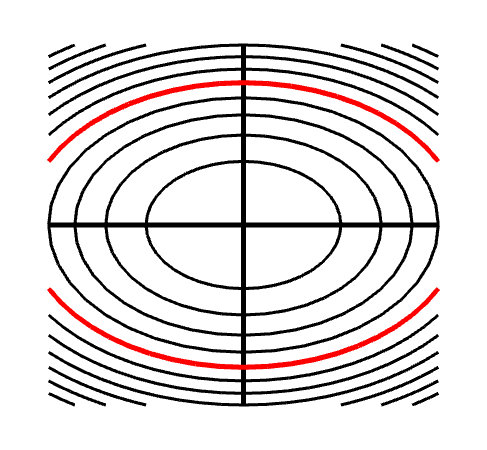 Topographic maps are simply level curves of the elevation of the land (or water). For instance, on standard United States Geological Survey maps, each contour line represents 10 feet of elevation above sea level, as in this topographic map of Eagle Mountain, the highest mountain (well... hill) in Minnesota. The closer the contour lines are together, the steeper the slope of the land. Not surprisingly, the steepest slopes seem to be very near the summits of Eagle Mountain and Moose Mountain.

For a scalar-valued functions of three variables, $f : \R^3 \to \R$, we would need four dimensions to draw its graph. The graph is the set of points $(x,y,z,f(x,y,z))$. You should familiarize yourself with vectors in higher dimensions to become comfortable with the idea of four dimensions. However, unless your mind is better at abstract visualization than most, you may have a hard time visualizing what this graph in four dimensions would look like.

Instead, we can look at the level sets where the function is constant. For a function of two variables, above, we saw that a level set was a curve in two dimensions that we called a level curve. For a function of three variables, a level set is a surface in three-dimensional space that we will call a level surface. For a constant value $c$ in the range of $f(x,y,z)$, the level surface of $f$ is the implicit surface given by the graph of $c=f(x,y,z)$.

The below version of the level curve applet will help you see that level curves and level surfaces are similar concepts, as this verion is put in the format that we will use for level surfaces. In this case, only one level curve $f(x,y)=c$ is displayed at a time.

Now, we look at the function $f(x,y,z) = 10 e^{-9x^2-4y^2-z^2}$. Even though we can't plot the graph of $f(x,y,z)$ (without using four dimensions), we can still visualize the behavior of the function by plotting its level surfaces. We simply plot $f(x,y,z)=c$ for $c$ between 0 and 10. (Note that $f(x,y,z)$ always lies between $0$ and $10$. The argument of the exponential is always negative or zero, so the value of the exponential is always between zero and one.) The behavior of these level surfaces is illustrated in the following applet. 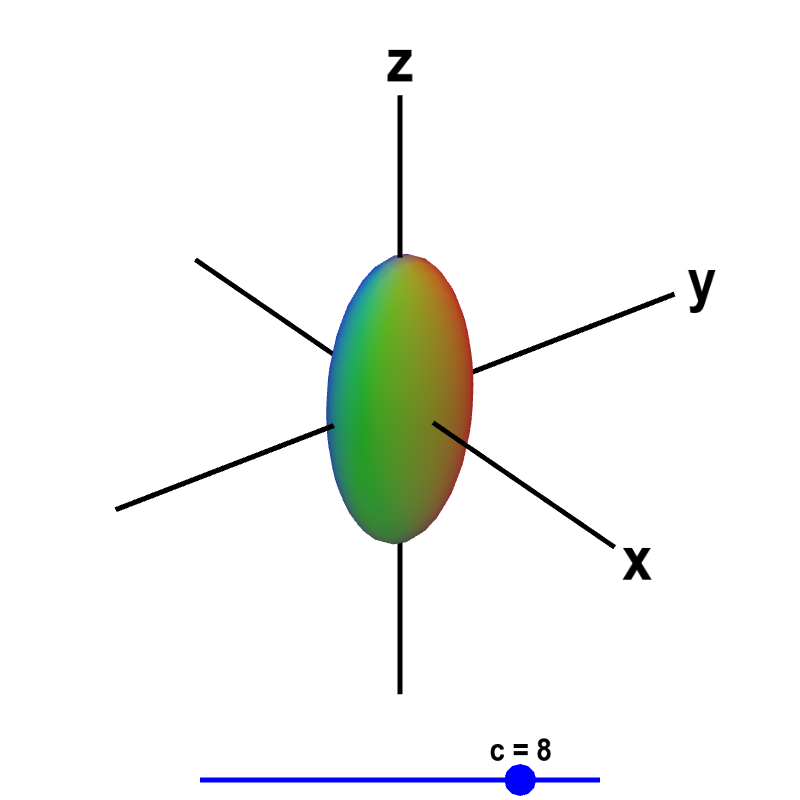 Level surface of a function of three variables. A level surface $f(x,y,z) = 10 e^{-9x^2-4y^2-z^2}=c$ is shown. You can drag the blue point on the slider with the mouse to change $c$, and hence the level surface being displayed.