Surfaces of revolution are graphs of functions $f(x,y)$ that depend only on the the distance of the point $(x,y)$ to the origin. One way to discuss such surfaces is in terms of polar coordinates $(r,\theta)$. 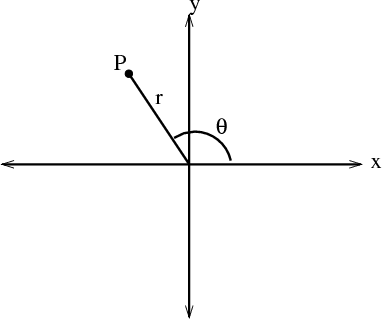 The coordinate $r$ is the radius from the origin to the point $P$ (or the distance to the origin) and $\theta$ is the angle from the positive $x$-axis. You may recall that we can express the radius $r$ in terms of rectangular (Cartesian) coordinates by $r=\sqrt{x^2+y^2}$. The set of all points where $r$ is constant is a circle of radius $r$ centered around the origin.

Let's say we had a function $f(x,y)$ of a special form so that it depended only on the radius $r$, i.e., depended on $x$ and $y$ only via the expression $\sqrt{x^2+y^2}$. In this case, if we changed $x$ and $y$ in such a way that $r=\sqrt{x^2+y^2}$ didn't change, then the value of the function $f(x,y)$ would not change. Combining this observation with our knowledge about $r$, we conclude that $f(x,y)$ is constant along any circle centered around the origin.

This property makes it simple to graph the surface $z=f(x,y)$ because it follows directly from the graph the curve $z=g(r)$. And you already know how to graph a one-variable function.

To graph $f(x,y)$, we take advantage of the fact that it doesn't change as we rotate around the origin in the $xy$-plane. In three dimensions, the $z$-axis would be pointing out of the screen in the above figure illustrating polar coordinates. Hence, this rotation corresponds to rotation around the $z$-axis. The graph of $f(x,y)$ is the graph of $g(r)$ rotated around the $z$-axis. For this reason, the resulting surface is a called a surface of revolution. 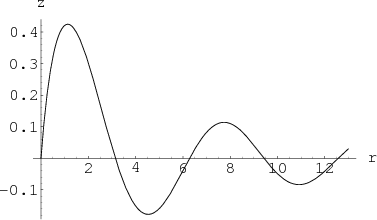 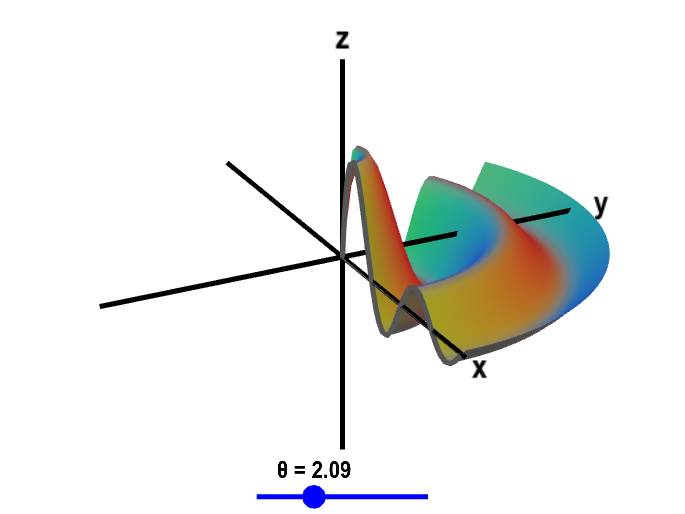 Can you recognize that each of these is a surface of revolution?