With just the flip of a sign, say $$x^2 + y^2 \quad \text{to} \quad x^2 - y^2,$$ we can change from an elliptic paraboloid to a much more complex surface. Because it's such a neat surface, with a fairly simple equation, we use it over and over in examples. 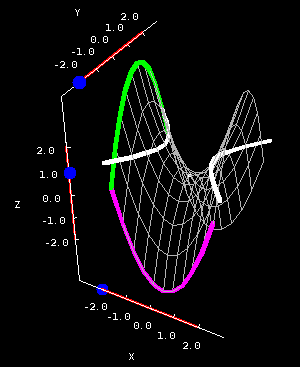 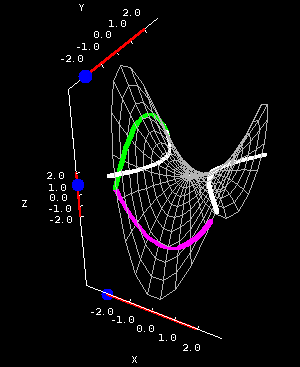 Notice that the parabolas open in different directions; the green parabolas open downward, while the purple ones open upward. Also, the hyperbolas which make up the horizontal cross sections can open in either the $x$- or $y$- direction, depending on the chosen value for $z$. All of these are important features of any hyperbolic paraboloid. 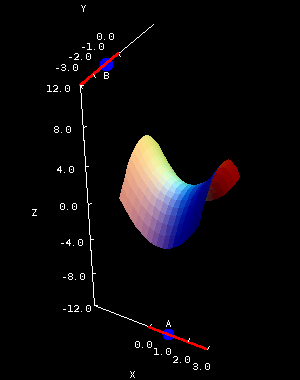 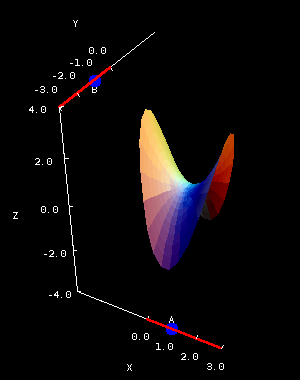 Here are a few things for you to think about:

Be very careful; if you hear somebody refer simply to a “paraboloid,” they generally mean an elliptic paraboloid, or even a surface where $A=0$ or $B=0$. If you're in doubt which surface somebody means, ask.